September 14, 2014
Michigan Championships is a 3 Disciplines Racing event located on Belle Isle, my favorite place to race - mostly because of the sunrise :-)  I had a friend ride with me to the this race - it was nice to have the company. 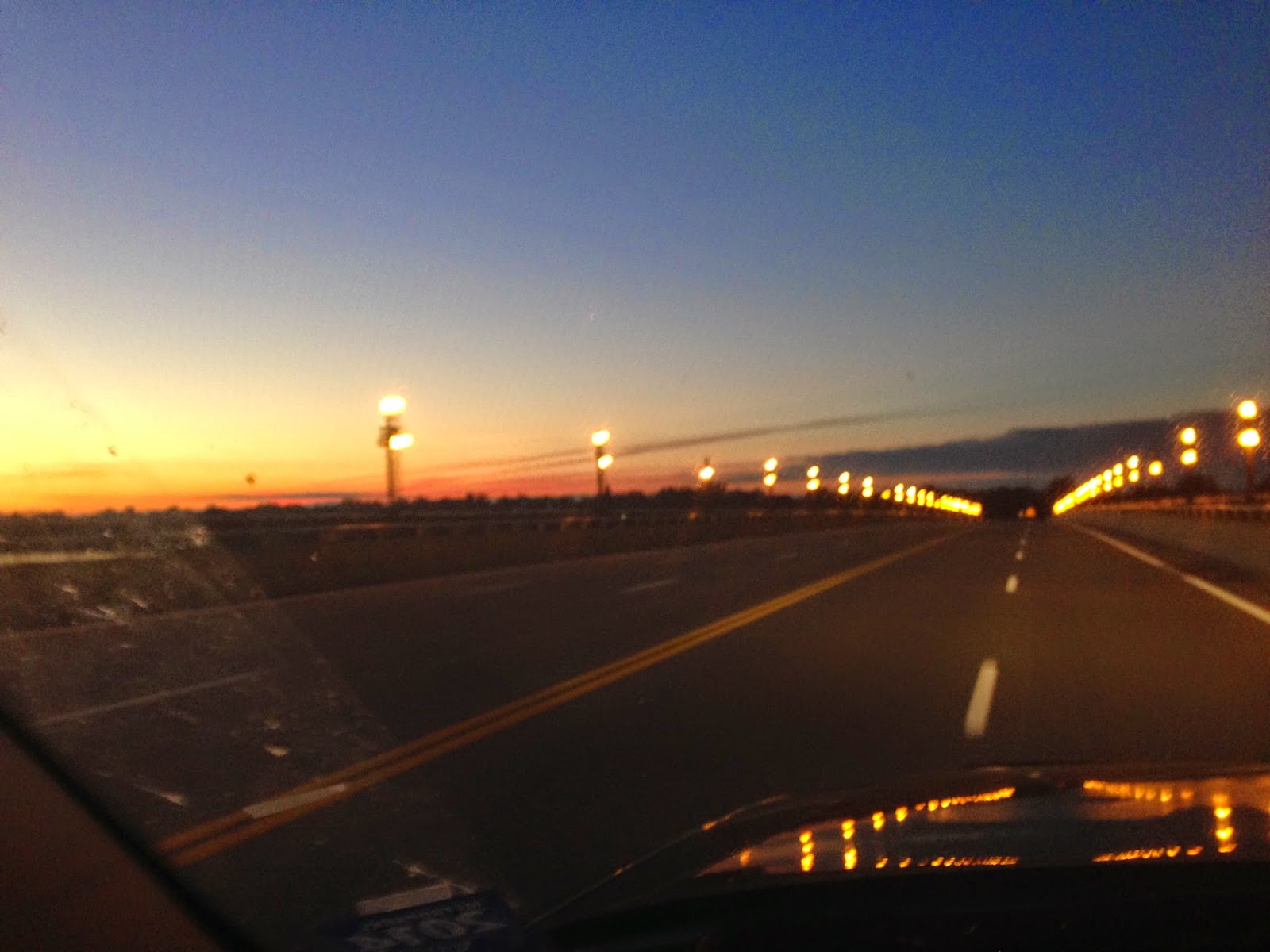 I set my goals at Rock Star = 1:15:00, Super Happy = 1:22:00, and Better Do = 1:30.  This may have been a little aggressive only one week after the 70.3 finish, but I love belle isle and still wanted to give it my all.  This race has a lot of meaning to me, since it was my first race after the accident last year.  After being on injured reserve all summer 2013, I still managed to place 1st in the Athena Division last year.  I have lost too much weight to race in that division this year, but I still wanted to have a good showing. 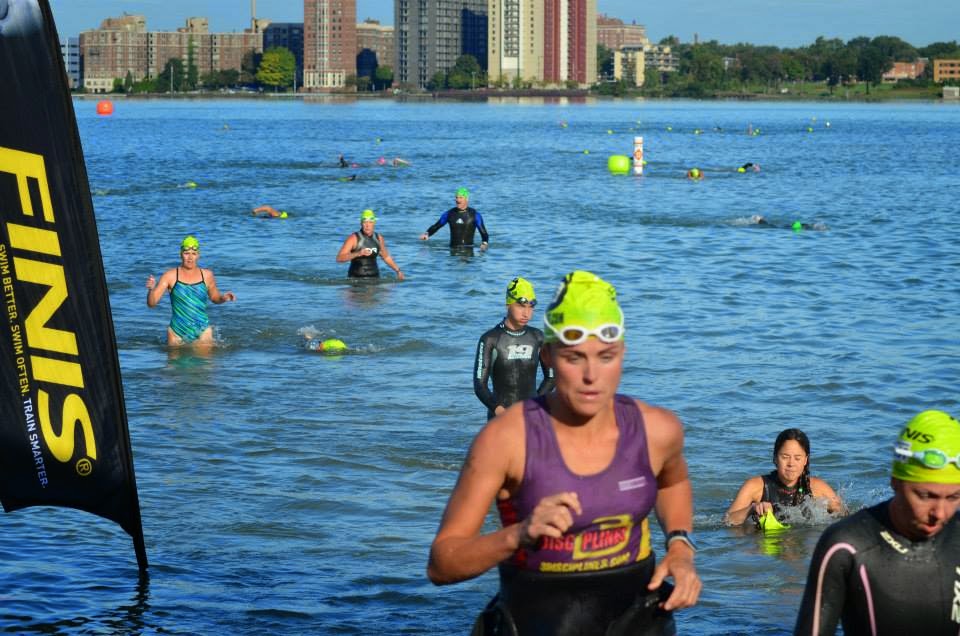 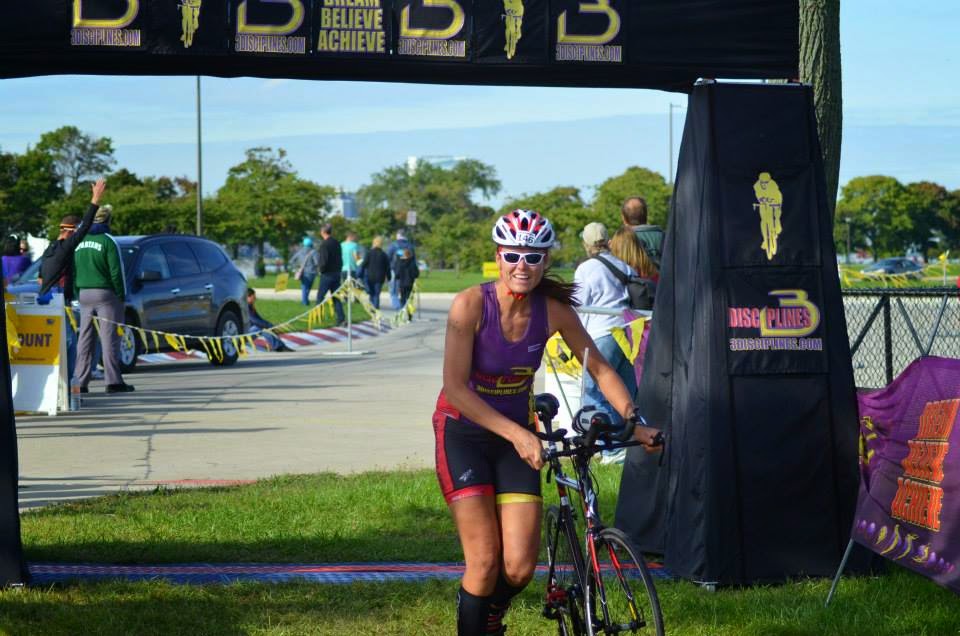 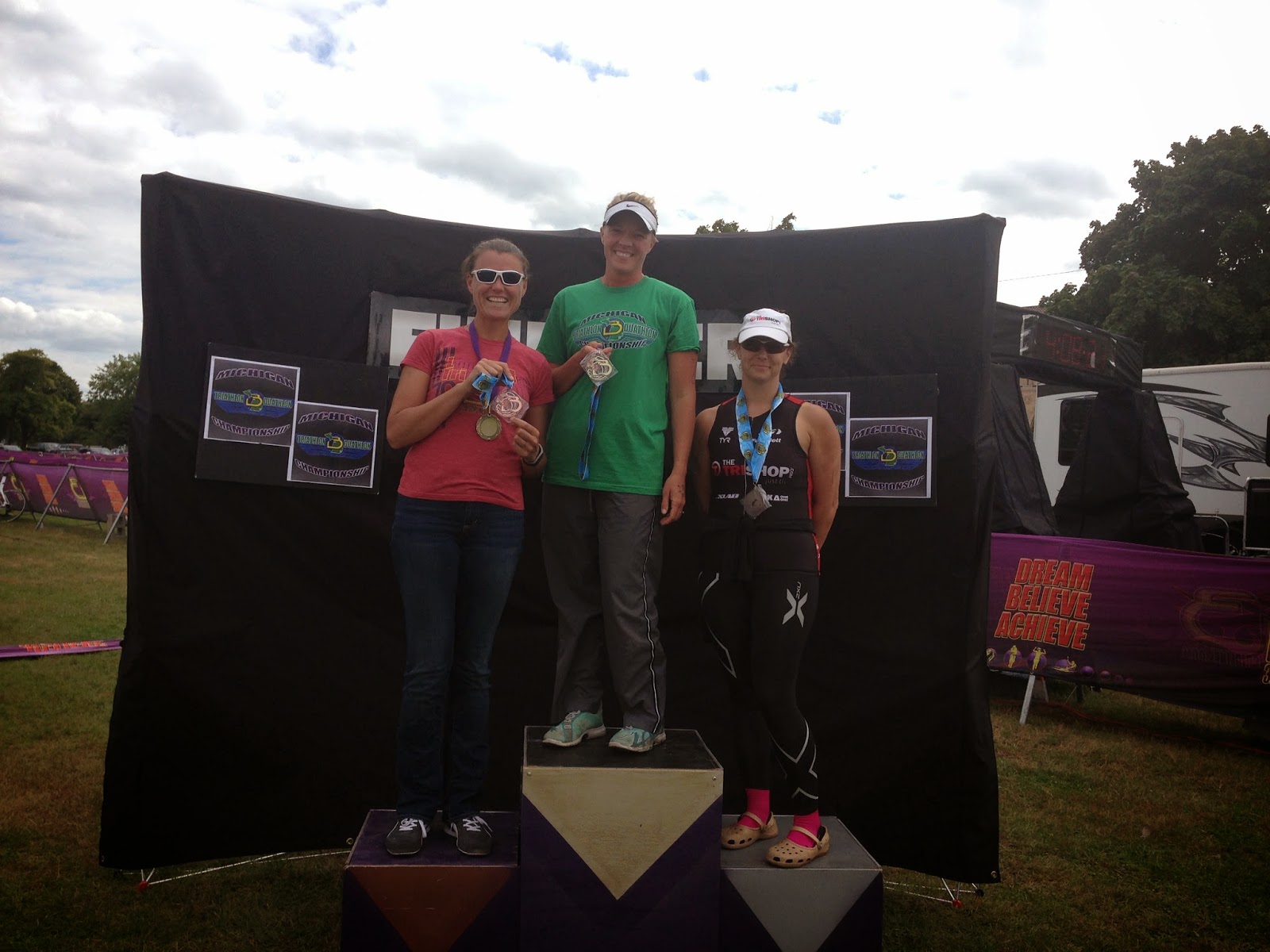 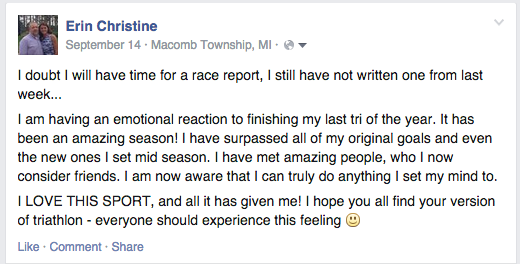 November 28, 2021
You've got to seize the opportunity if it is presented to you. - Clive Davis I am at it again!  I have been selected to represent the Ironman Foundation at the 2022 Ironman 70.3 World Championships to be held in St. George, Utah!  PINCH ME!  I am racing World Championships!!   What an honor to be selected!!  This selection comes with a BIG challenge!  Not only will I train for and race on this difficult course, but I have also been challenged to raise $15,000 for the Ironman Foundation before the race.    The opportunity was presented...  Those of you that really know me are not surprised that I have decided to seize it !! For the next 11 months, I will use this blog to keep you all posted on opportunities for you to help me reach my $15,000 fundraising minimum.  I will have raffles and events and shopping opportunities!  I will be looking for sponsors ( email me if your company would like to sponsor me - all donations are tax-deductible!)  Of course, you can donate directly t
Post a Comment
Read more