September 21, 2014
With triathlon season behind me, it was time to take on the half marathon that was meant to be "training" for the full marathon scheduled in October.  I had a few friends running this one too, and a few of us met up at the expo the day before. 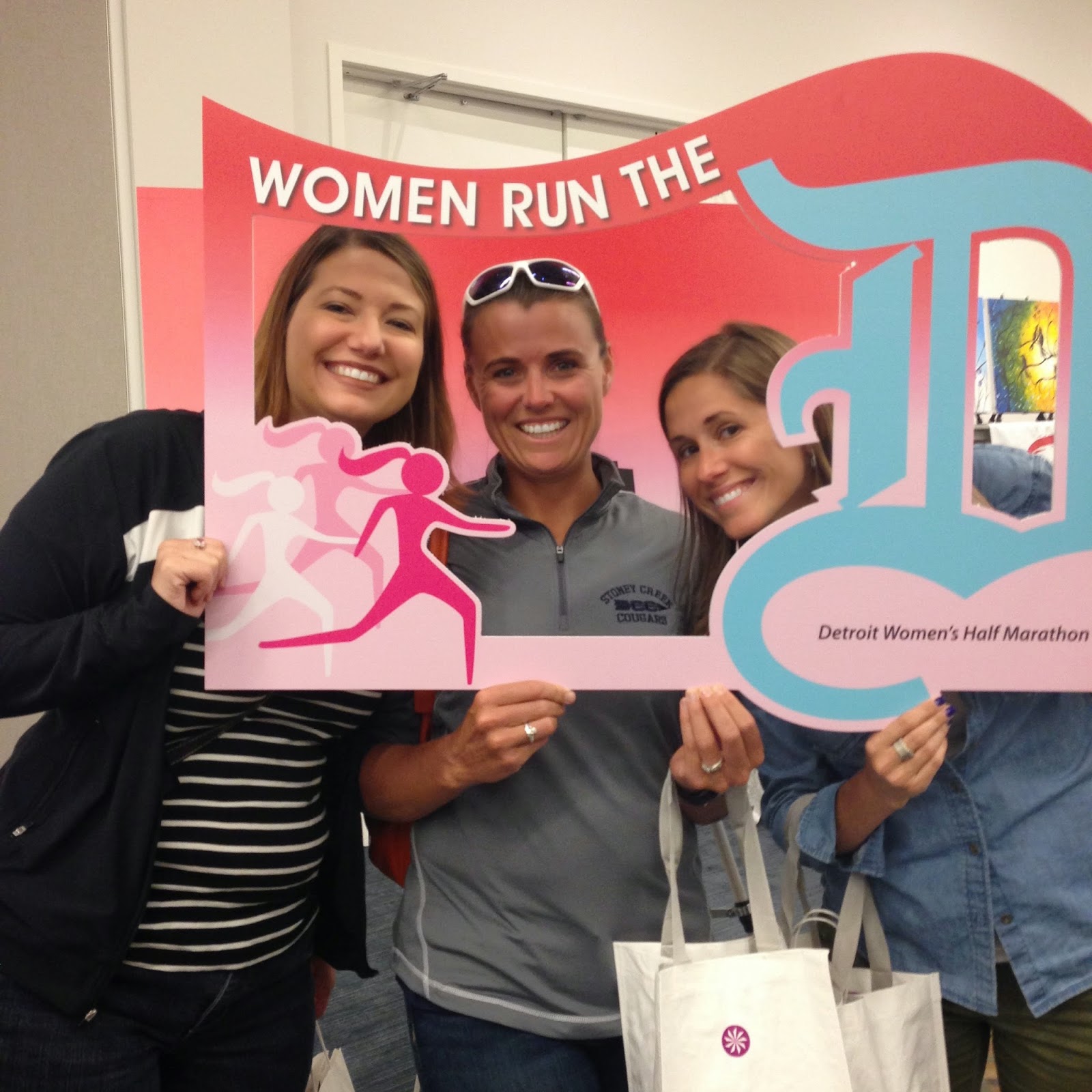 After the expo, we had a pasta dinner at the Ren Cen.  Melissa enjoyed hanging with the girls, maybe next year she will run the 5k. 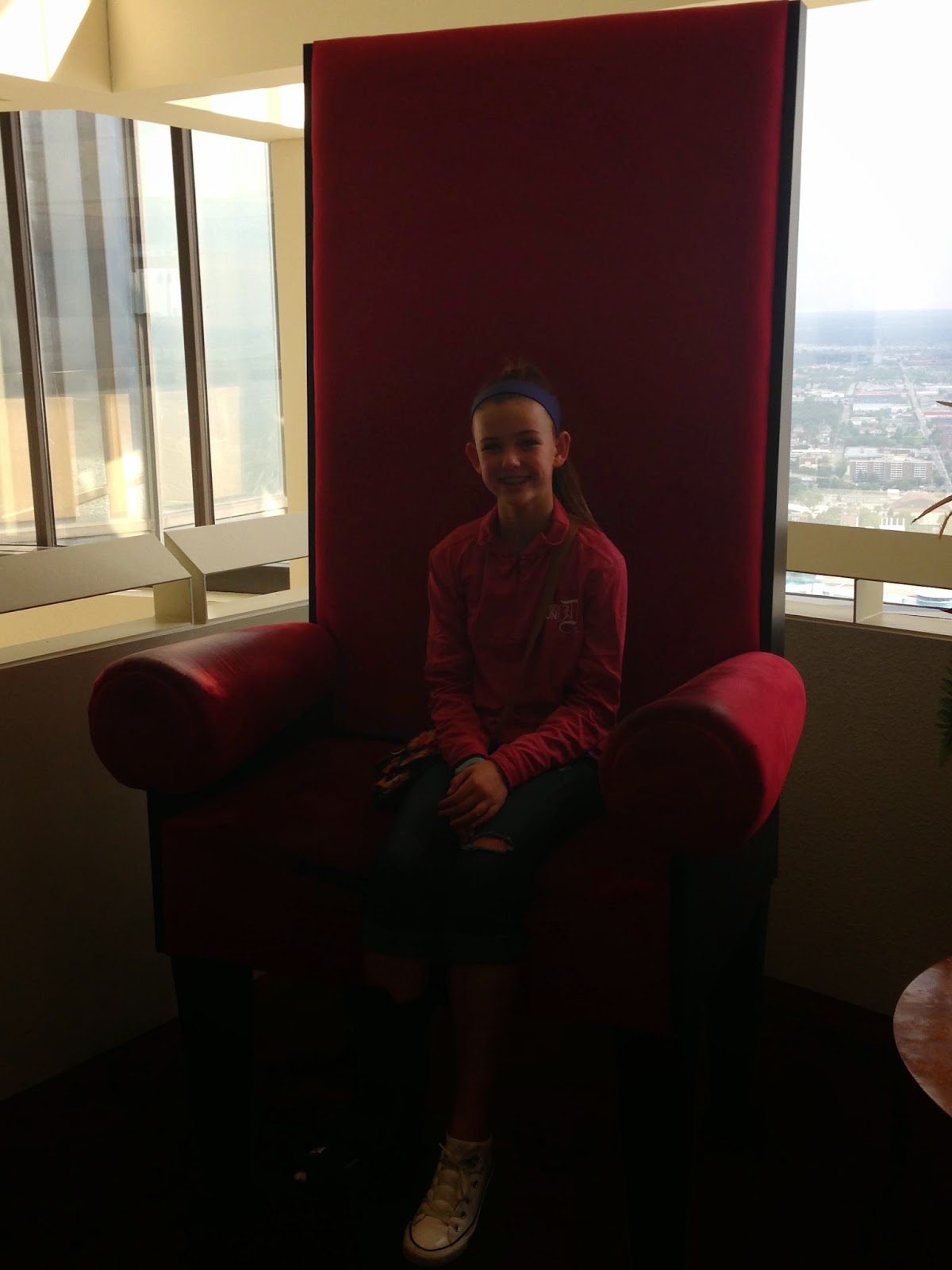 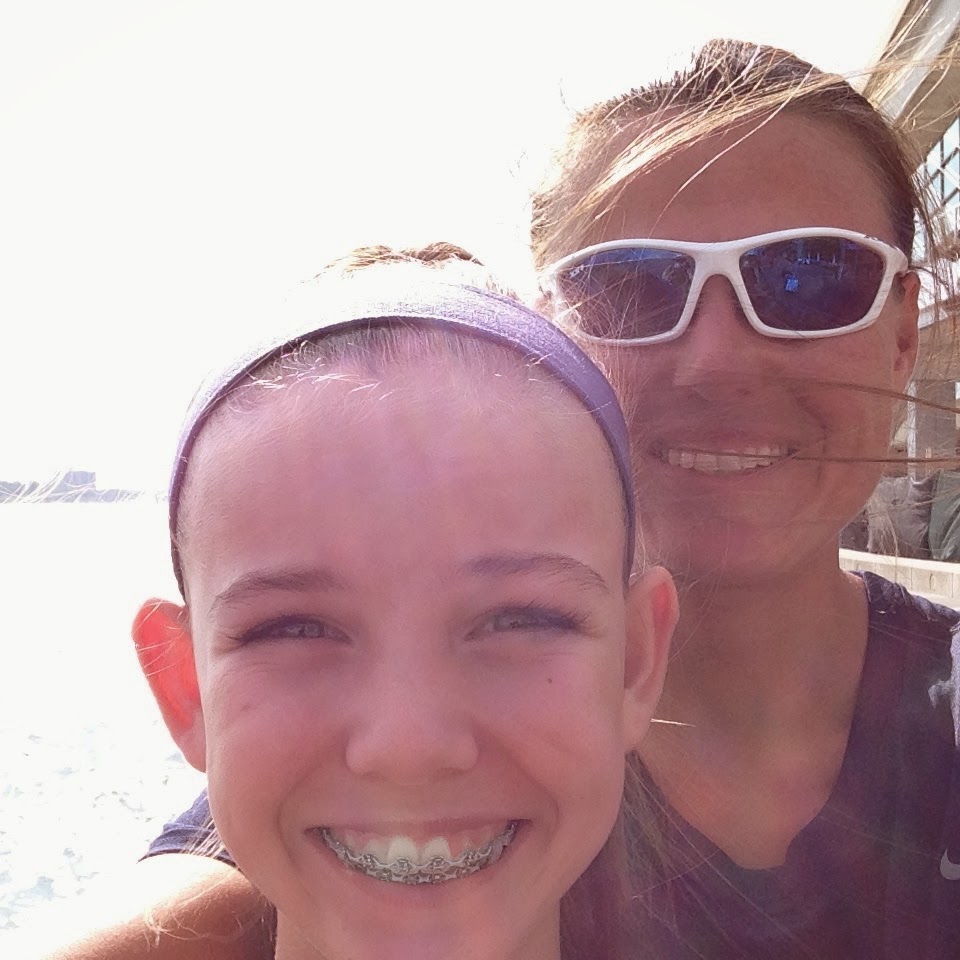 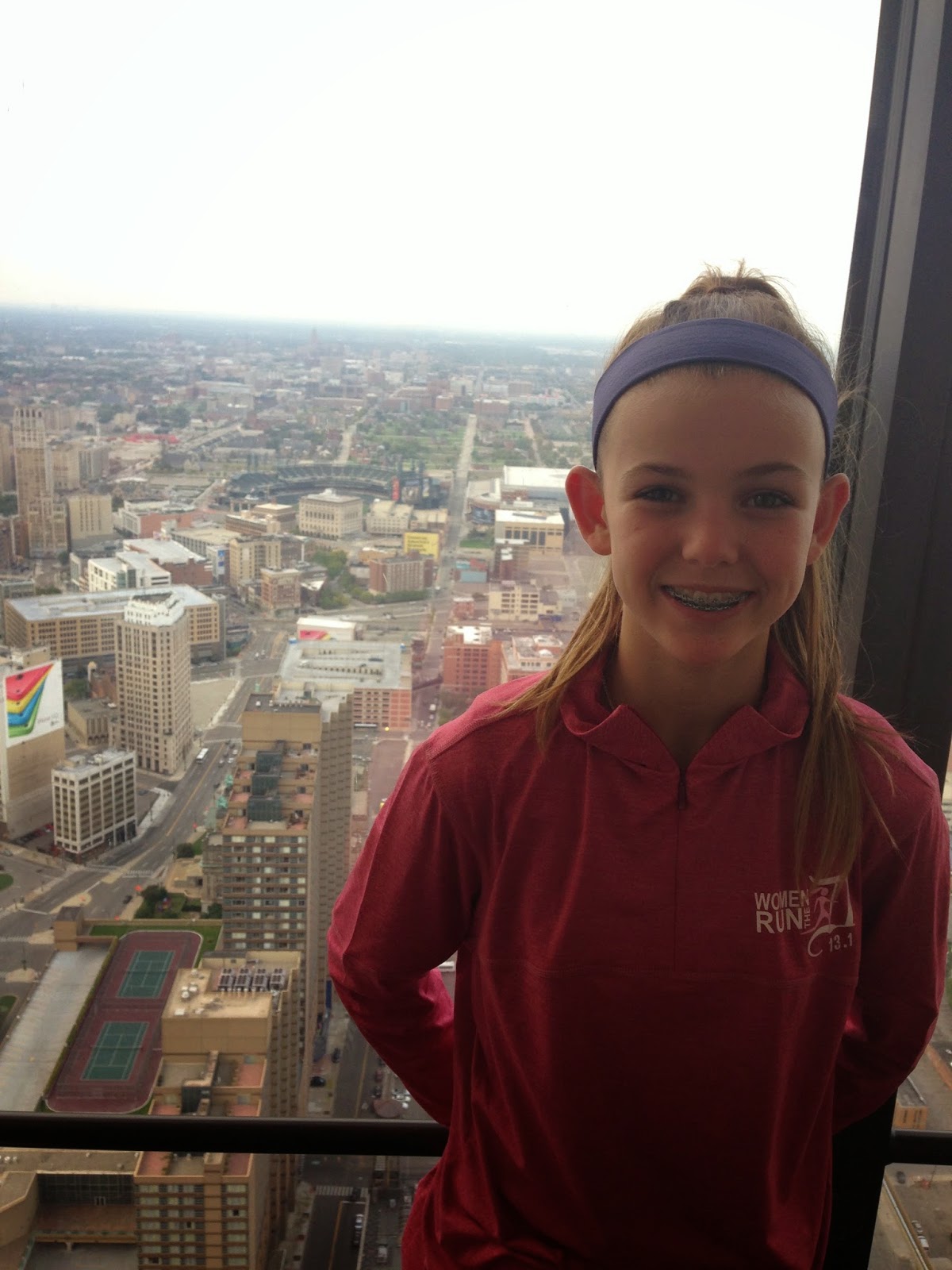 I bought this shirt at the expo, thought it was perfect for my goal setting :-) 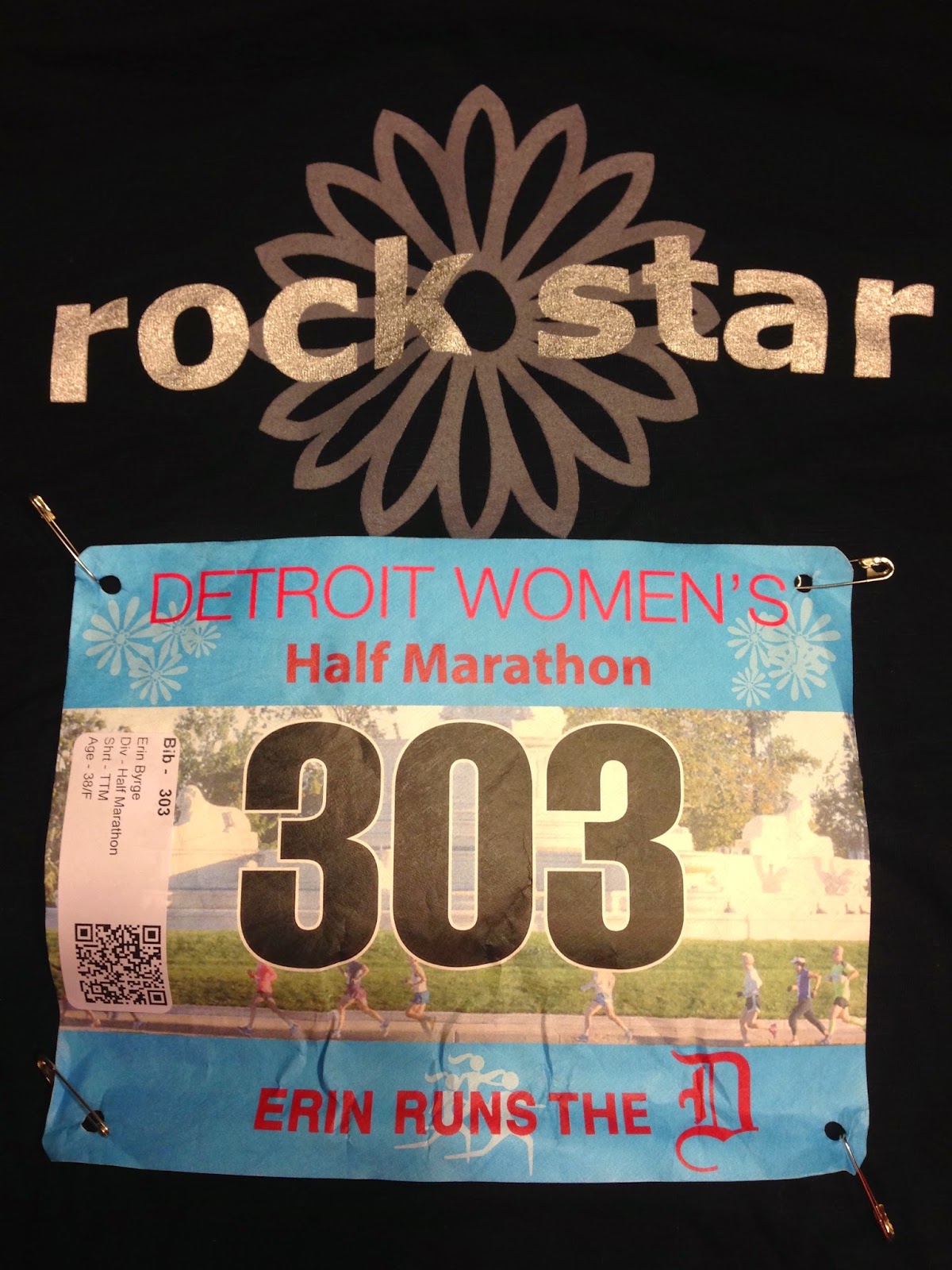 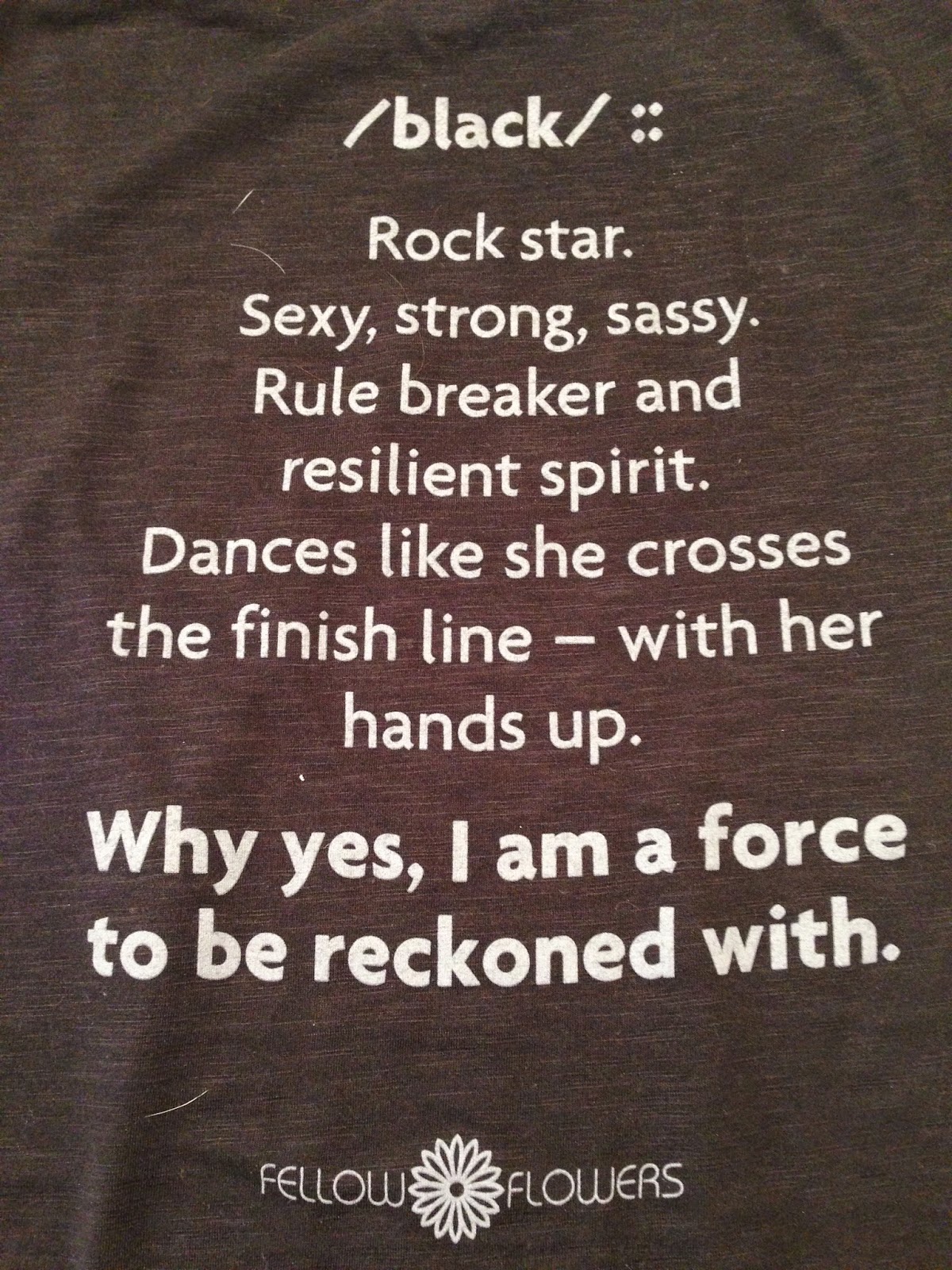 It was crazy raining and windy on race morning.  The rain stopped, literally minutes before the start of the race, but the wind never did slow down.  I only walked at the water stations, and I really pushed myself in the windy sections.  I knew based on my pace that I was on schedule to barely beat the 2:00 mark for almost the whole race.  BUT I DID IT!!  I know I could have been faster without the wind.

I took this picture while the med staff from DMC worked on my horrendous blister!!  I will refrain from posting the pics of the actual blister.  My toenail (bruised badly from the 70.3) was still hanging on for dear life. 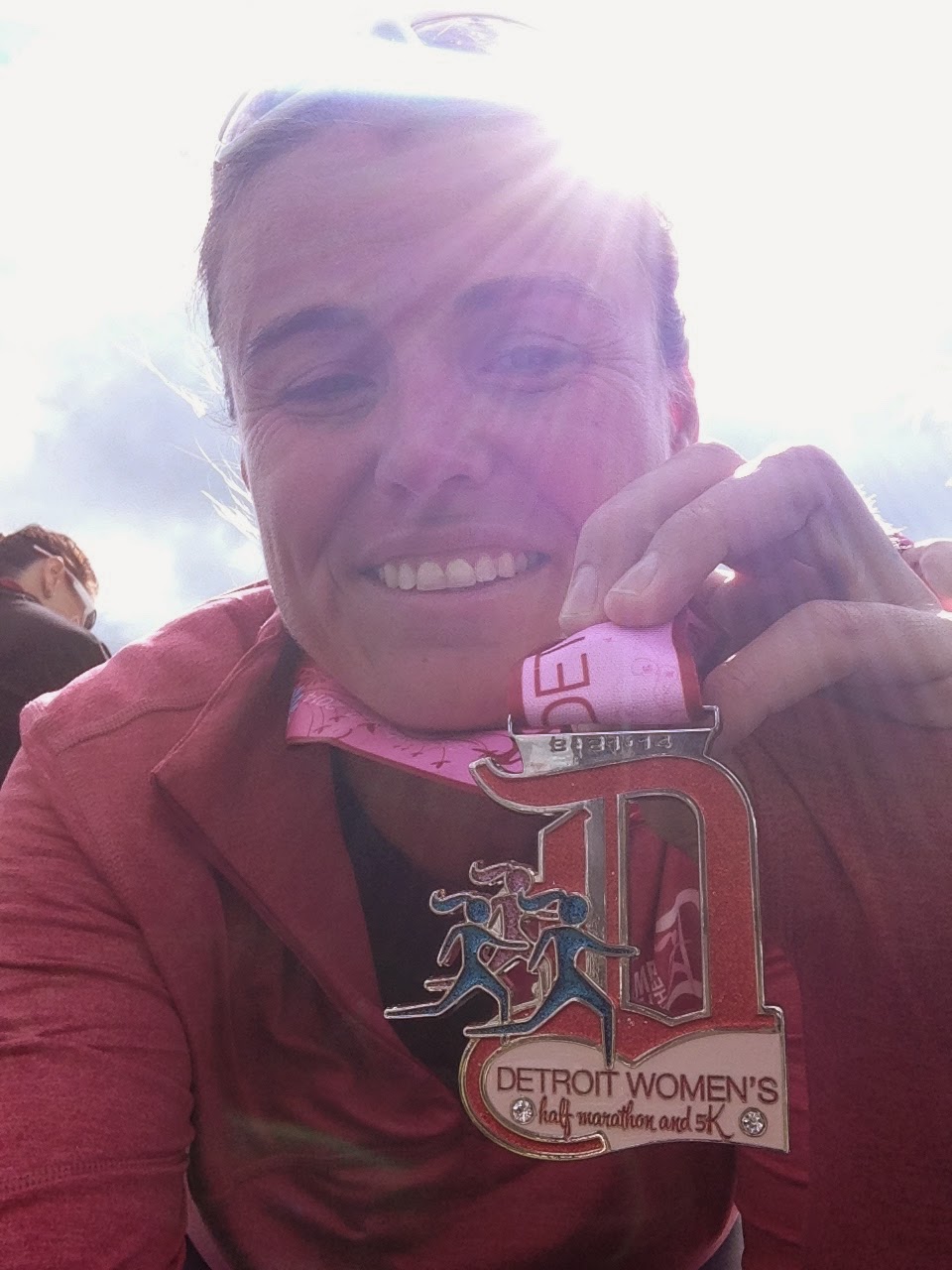 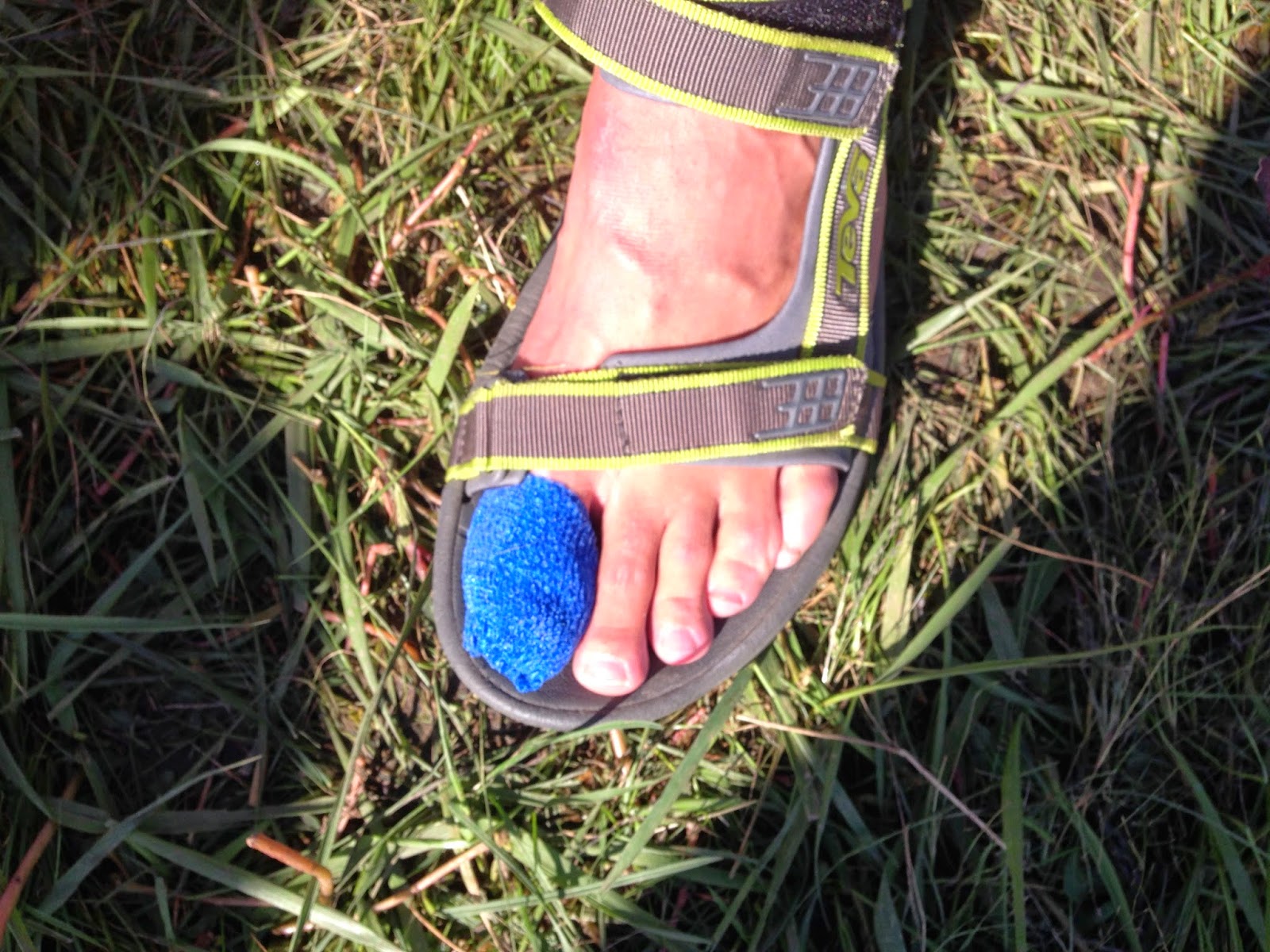 So awesome to have friends to share a beer with when we were done.  This was Denise's first half marathon and Kathy's and Michelle's first 5k!  So proud of them both! 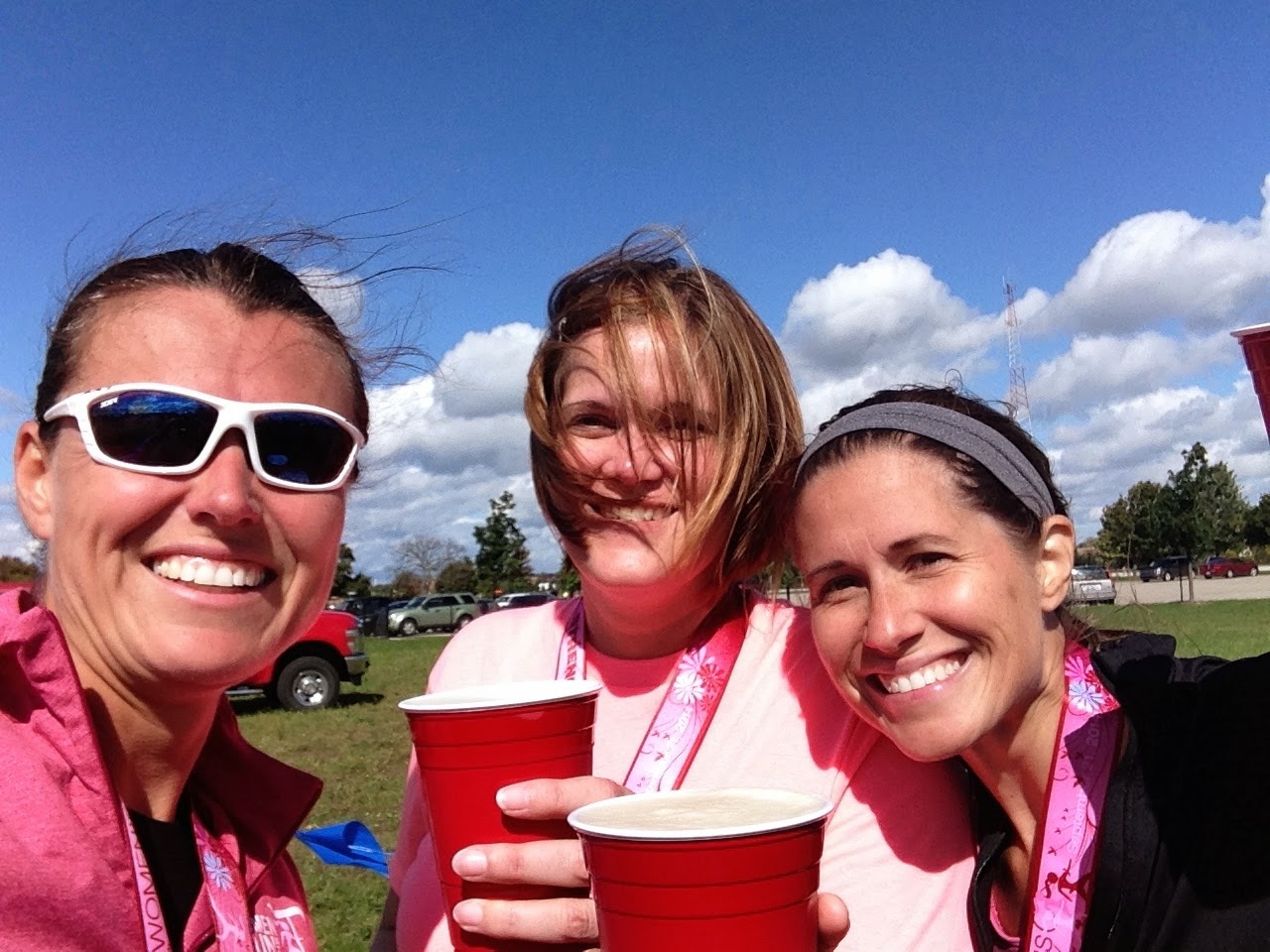 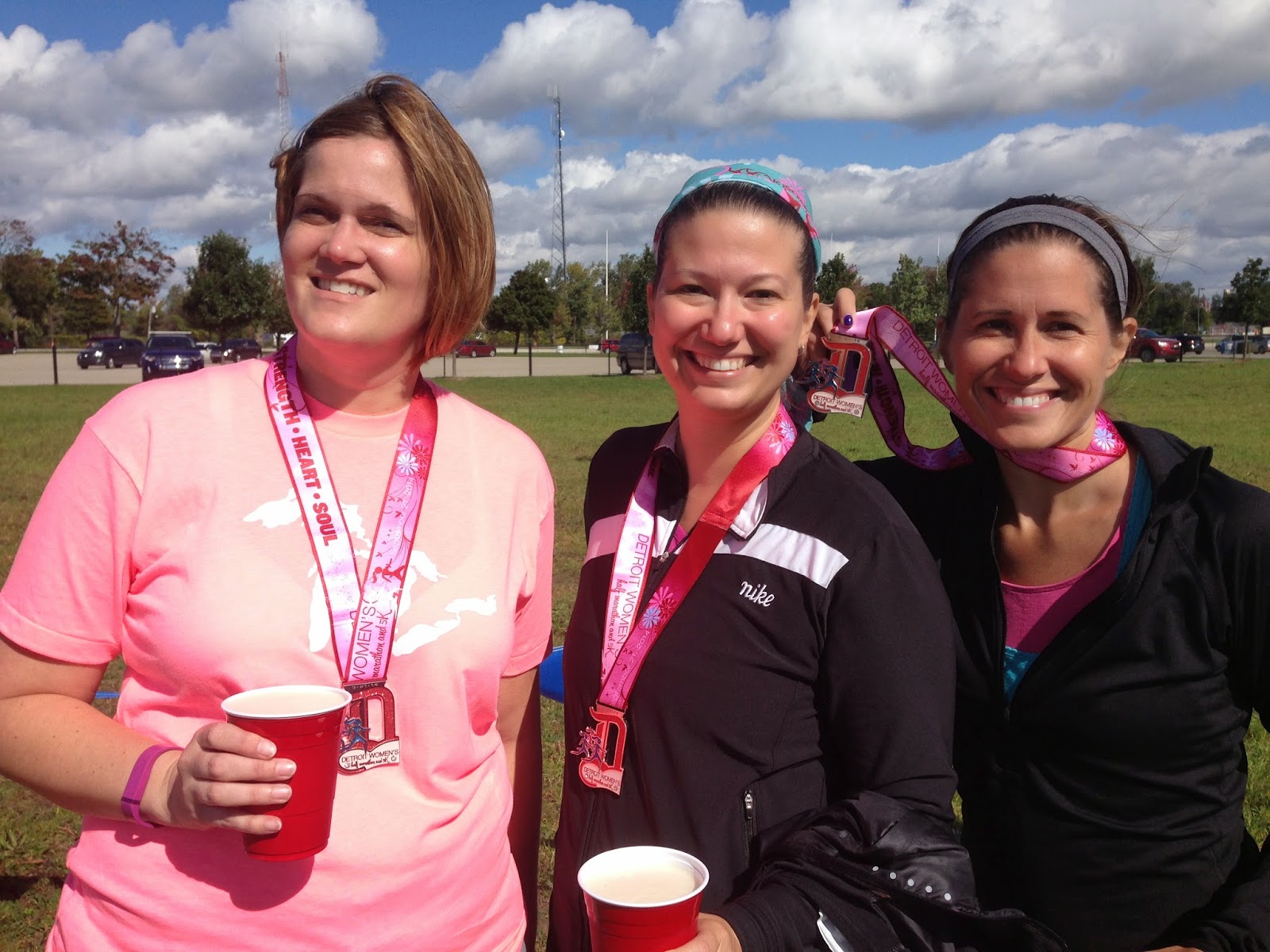 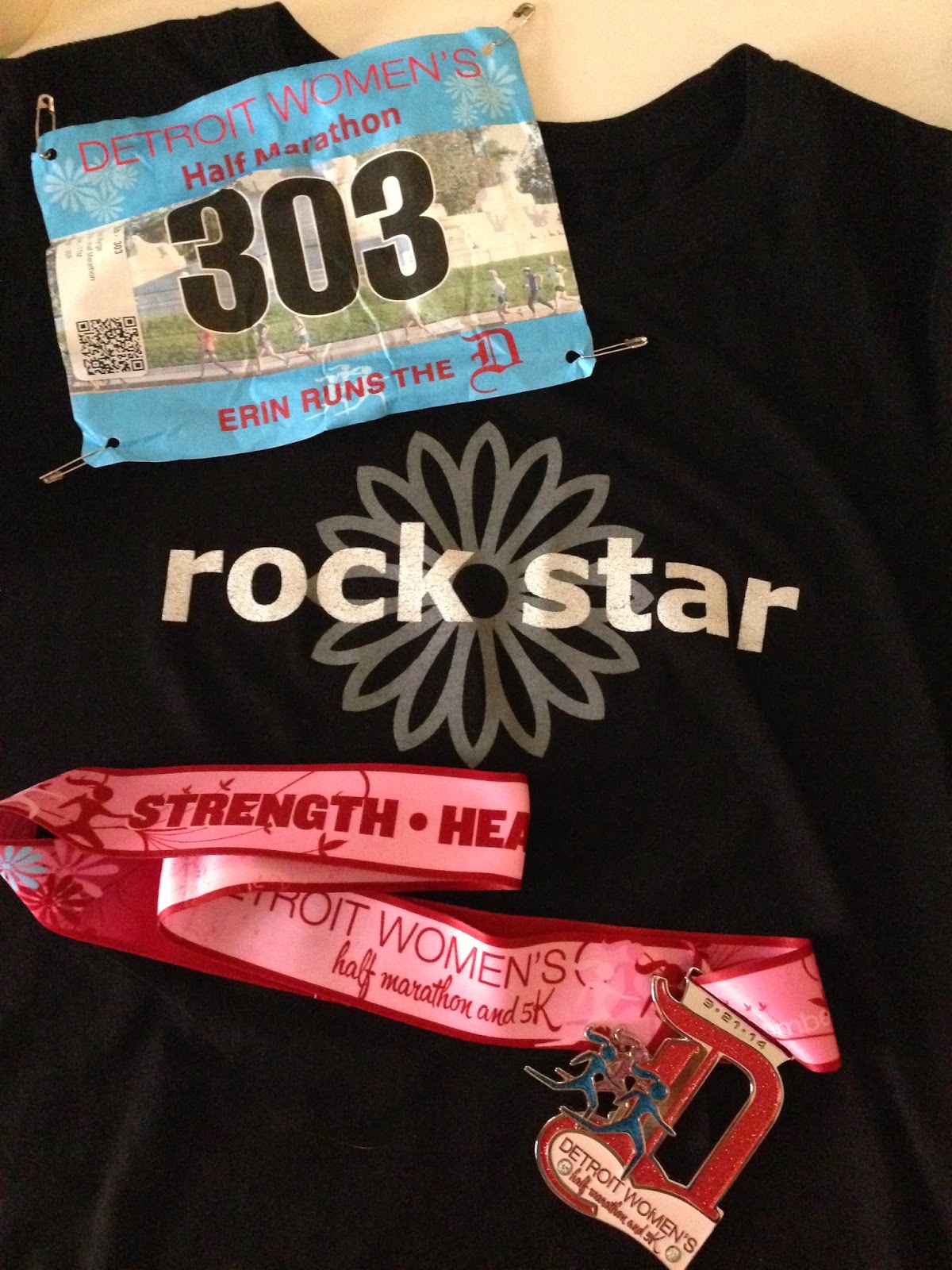 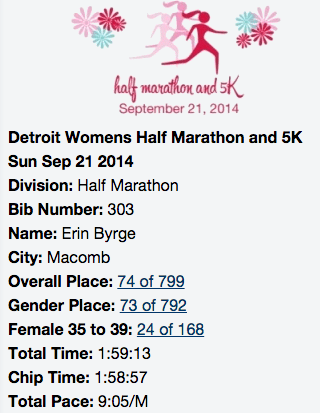 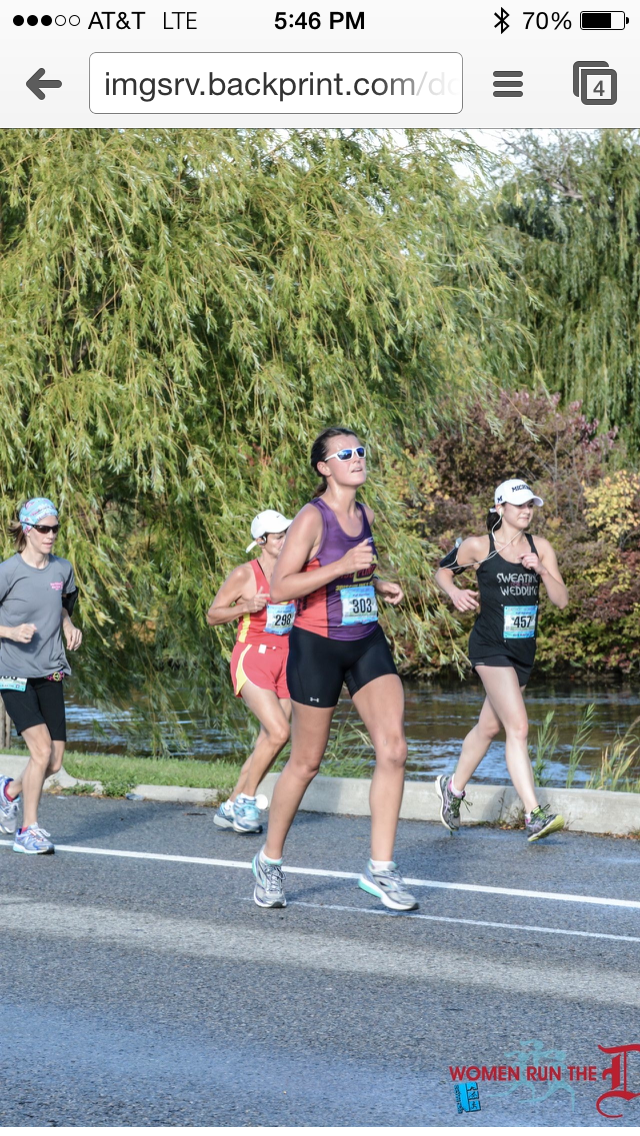 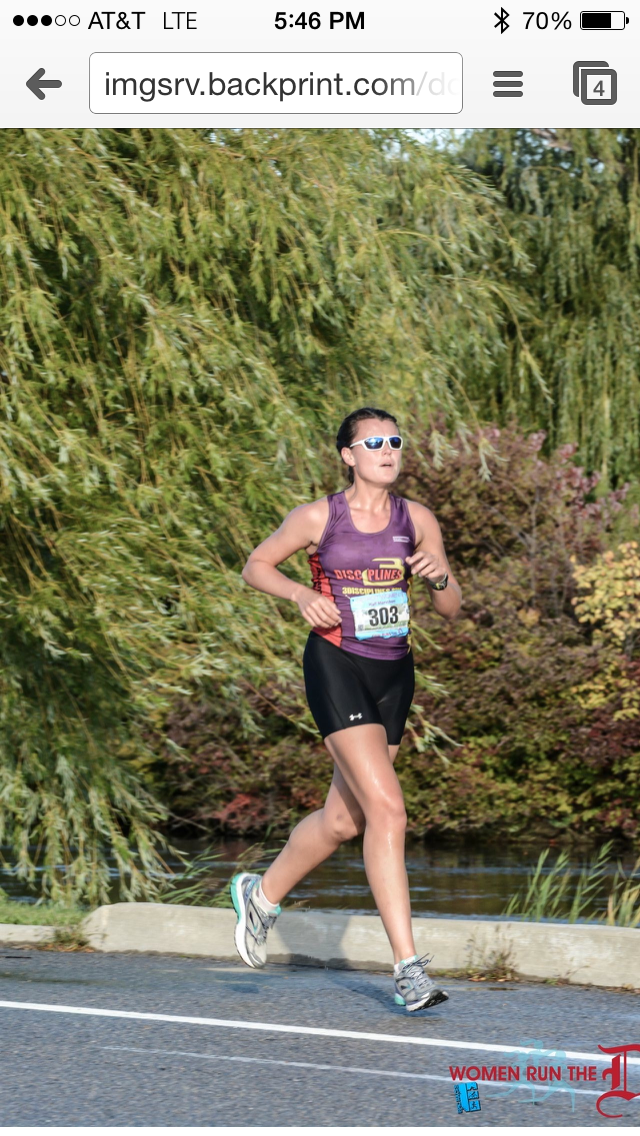 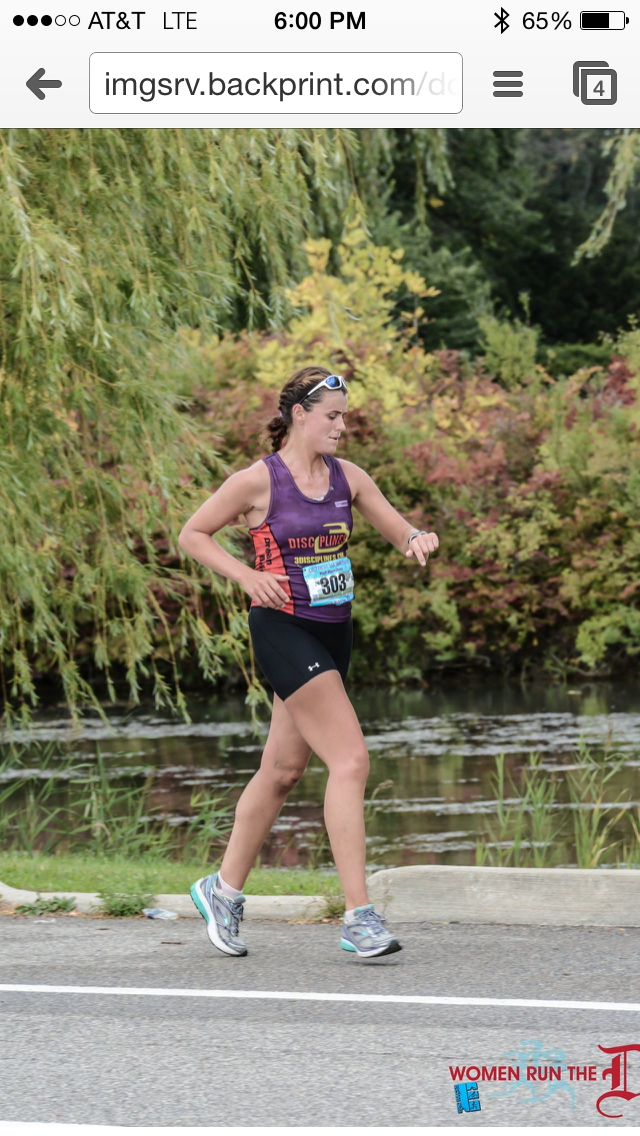 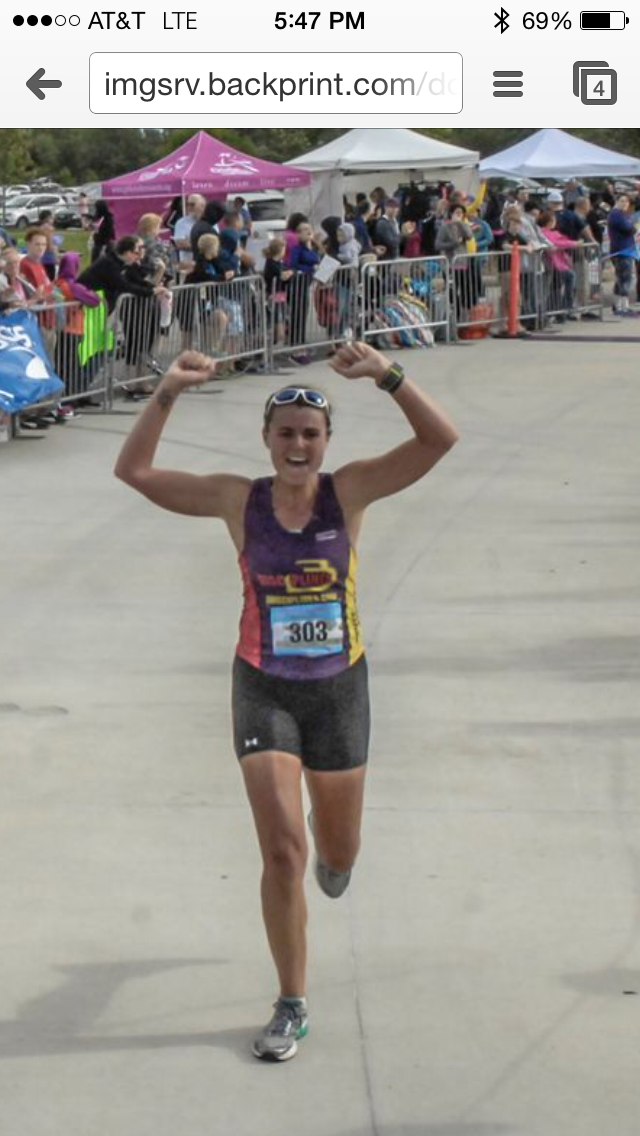 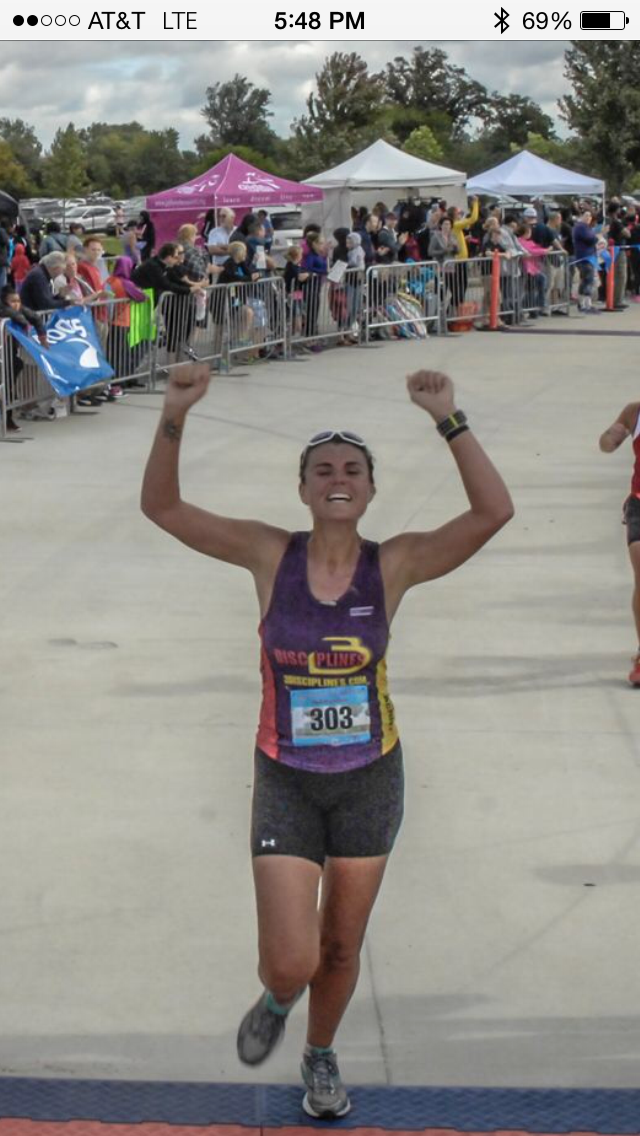